Winchelsea flourished as a major seaport for only a few years before disaster struck. 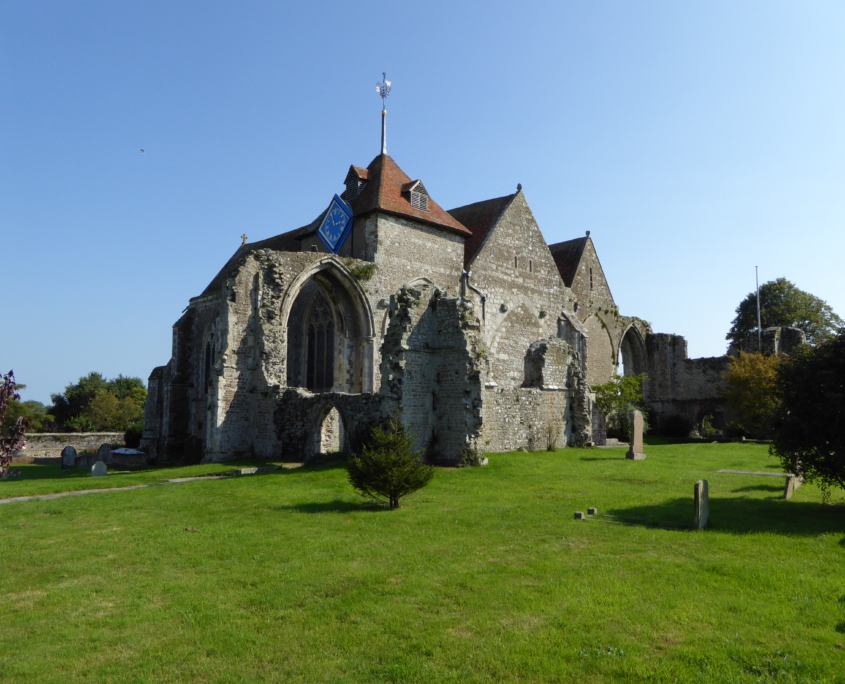 In 1337, in one of the first skirmishes of the Hundred Years War, the new town of Winchelsea was attacked and badly damaged in a French raid.  Eleven years later the town was struck by the Black Death, which carried off, among many others, the Rector of St Thomas’, John Glynde.

In 1359 the French returned with a force of some three thousand men, gaining entrance one Sunday morning through the New Gate.  There was little resistance as the men of the town were away on a similar mission of destruction in France.  The women and children sheltered in St. Giles’s Church, now lost, where many of them were butchered  ‘without regard to age, sex, degree or order.’

There was a further French raid in 1360 and, in 1380, a powerful Franco-Castilian fleet arrived to ‘fire Winchelsea and the approaches of London’.  It is likely that this raid resulted in severe damage to the original nave.  Over the next 100 years further deterioration occurred, including the collapse of the tower and transepts.  Only very limited restoration work was affordable, particularly as the wealth of Winchelsea was ebbing away with the sea.  The church was blocked off at the west end of the choir and a new entrance porch added in Tudor times